The answer is yes, and they are indeed fundamental, but sometimes exercises alone are not enough. Whether or not an exercise-based treatment is sufficient depends, above all, on the severity of the curves and the evolutionary potential of the scoliosis itself, which is partly determined by growth.
Therefore, exercises sometimes need to be combined with another treatment, such as bracing. Rigid  brace wearers always need to do specific exercises in order to minimse the side effects of the brace and maximise its corrective impact.
Patients prescribed the Spinecor wrapping system, a dynamic brace, do not need to do any specific exercises since this device allows movement and therefore guarantees the natural trunk muscle strengthening  that favours correction of the spine.

Scoliosis treatment can be likened to climbing a mountain; a true climber is well aware that the path ahead of him will present obstacles, but he  is confident he will be able to overcome them in order to reach the top.
That is his goal and he is determined to achieve it, whatever it takes and however long it takes him, because he already anticipates the enormous satisfaction he will feel on finally reaching the summit .

The various treatment options can be seen as different steps on a ladder, where the lowest is the one that has the least impact on the individual, but is also the least effective; instead, the highest step represents the very most that can be done in terms of treatment, and the treatment that will have the greatest impact on the youngster’s daily life.

The ideal therapy is one that allows the best possible results with the least possible impact.

The first step on the treatment ladder is simple observation; at this level the patient needs to attend frequent medical check-ups in order to keep the scoliosis monitored, and the physician needs to be ready to intervene if the need arises.
The next step involves exercises alone, which are sufficient to control scoliosis of mild and mild-medium severity.
At the next level, patients are offered braces consisting of soft bands, and then, if the condition warrants it, braces made of more or less rigid materials.

Sometimes parents immediately want a therapy that, in their view, gives greater guarantees of success, regardless of the impact on their child.
This attitude is generated by the mistaken belief that opting for  the most aggressive therapy will allow the worst outcome to be avoided, and also by the idea that bracing is more convenient .
To return to the metaphor of the mountain, this amounts to starting the ascent running, in the hope of getting to the top more quickly, but it is an approach that may see the climber paying a very high price in terms of his health and even ending up having to end his career early.

Since scoliosis is an evolving disorder, the treatment, too, needs to be constantly evolving: the best strategy is to be ready  to introduce timely changes in response to emerging needs.

It is important to see the treatment from a global perspective: a patient who starts off simply doing exercises, and does them well for a certain number of months, before then being obliged to wear a brace  will at least have avoided some months of brace wearing, which is certainly a good thing.
Changing treatment does not mean that the previous one was unsuccessful, it simply means that it has become apparent that a  stronger method is needed order to win the struggle (like an arm wrestling contest!) with the scoliosis. 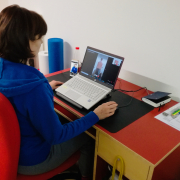 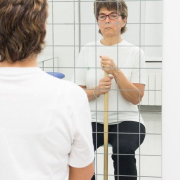 Conservative or surgical treatment in adults? Two steps of therapy 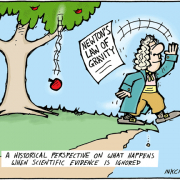 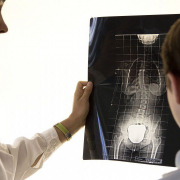 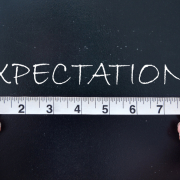